LIFE shower for All has been awarded the “Best of category” at the Archiproducts Design Awards 2016. 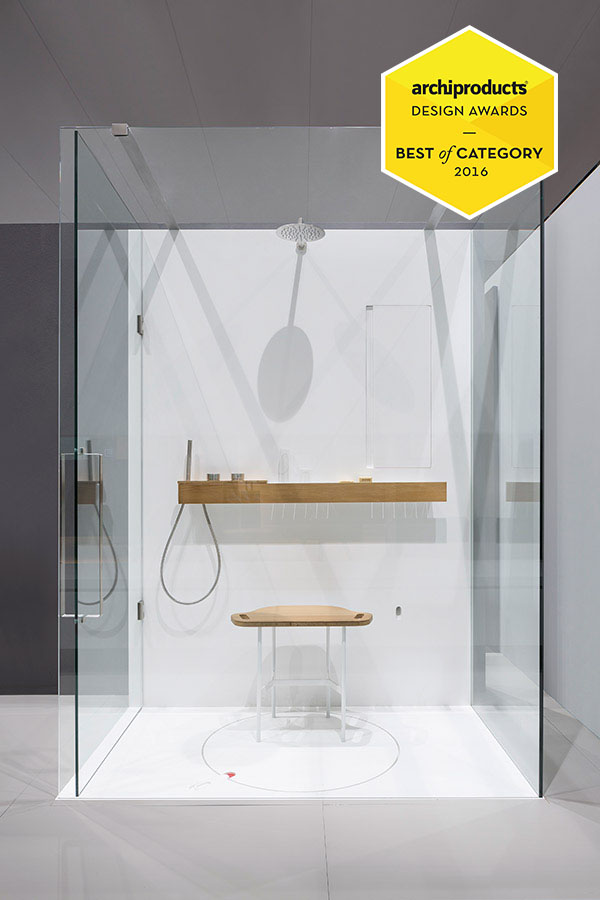 After several days of non-stop research and analysis, an international jury of architecture studios, journalists, entrepreneurs, designers and photographers has chosen the winner of the Archiproducts Design Awards 2016, that honor outstanding design products fully embracing the so called “Project Culture”.

The products have been divided into 13 categories: Furniture, Bathroom, Kitchen, Outdoor, Office, Contract, Lighting, Wellness, Decor, Finishings, Building, Envelope Building, Construction and Tech. They were given the chance of winning the “Best of the year”, “Best of category” and “Best of web” awards.

Our Life shower for All has won this year’s “Best of Category” award. The designer Giulio Gianturco had this intuition after noticing that the current offer neglects completely both aesthetical and practical requirements. We then worked together to develop a shower answering not only the demands of those who love to indulge in a shower, but also the needs of children, the elderly and people with temporary impairment.

We want to thank everyone who voted and help us achieve this important goal.